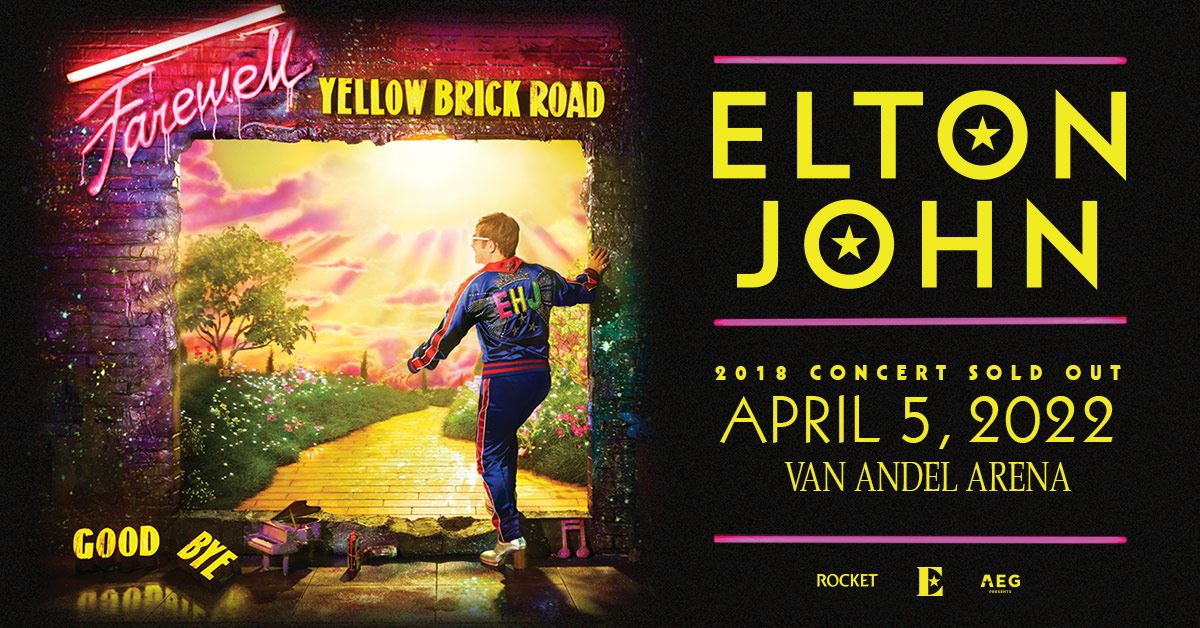 Elton John's Farewell Yellow Brick Road Tour will be in Grand Rapids on Tuesday, April 5th, 2022 at 8:00PM at Van Andel Arena. The Farewell Yellow Brick Road Tour kicked off to sold-out crowds in September 2018 and has received rave reviews in every market. Taking the audience on a magical journey through his career, the show features some of Elton’s most beloved songs from his legendary catalogue including, “Bennie and the Jets,” “Rocket Man,” “Tiny Dancer,” and “Philadelphia Freedom.” Elton’s music has taken him to many places, opened many doors and inspired many passions in his life. The audience will experience a rare glimpse into Elton’s life and the deeply personal meaning behind some of his greatest hits, with mesmerizing, never-before-seen photos and videos shown throughout the show from his incredible 50-year career